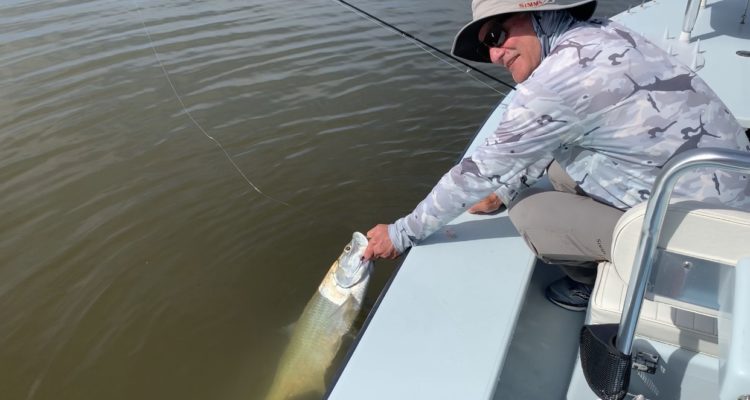 Despite the winds, fishing has stayed pretty good. Had John T out the other day and got an Everglades slam! A Snook, a Redfish and a Tarpon…actually two of them. The reds and snook were fairly easy but then we stumbled across some nice little 20-30 lb tarpon.

A few days earlier I had Martin and Jason out. Jason is a world class fly caster that had been working with Martin before the trip. Martin, who had never casted a fly in saltwater, much less any water, found success! He hooked 3 nice snook and we were able to land 1, which was quite a feat.

Today I had Tom O. from St. Louis. We started on the outside looking for…

Had a good week in the Everglades. Mr Jack was able to land a Cobia…

I guess the secrets out. There have been some Tarpon swimming around, and then the…