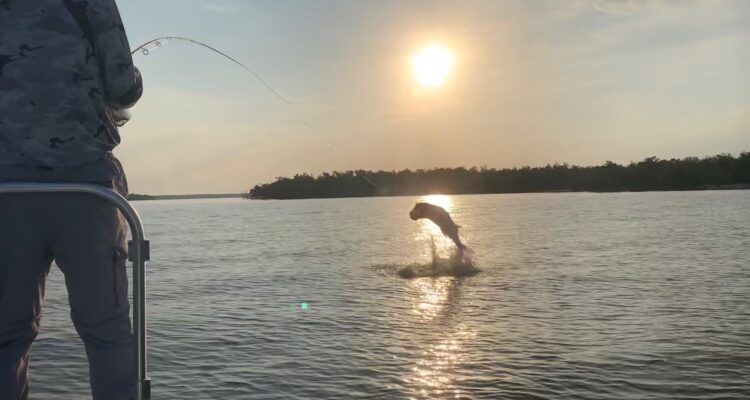 Recently on a trip in the Everglades, I had John T, aka “The Lucky Penny”. I actually didn’t give him the nickname, a friend of mine did, because most of the stories involving Tarpon, involve “The Lucky Penny”. So on this last trip with him, we tangled with some Tarpon. Sometimes when my customers hook up with a Tarpon, I jump down from the poking platform and grab my phone and try and snap a few pics of them with a jumping fish in the background. Well on this particular morning, he hooked up and as I was paying attention to boat position with the push pole in one hand, and my phone in the other, the fish happened to jump directly in the Sun ray which made for an awesome photo, total luck. John said even his wife was impressed, because it wasn’t just another tarpon jumping out of the water…it’s all perspective I guess…lol.

Summertime is never a disappointment. It’s clearly my favorite time of year to fish. The…