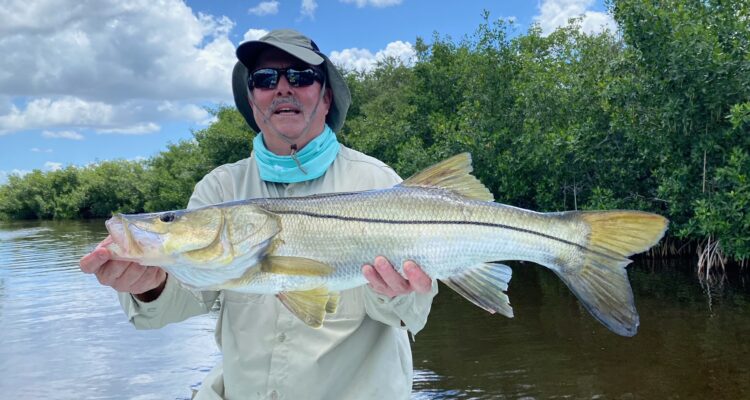 On a trip a few weeks back, into the Everglades, I had Clay and Harold from Texas. They wanted to catch Snook, which was a welcome relief from Tarpon fishing, which I had been doing since pretty much March. Tarpon fishing tends to slow down in June, sometimes in the middle, sometimes towards the end. This year, the weather had it slowed down around the beginning. Don’t get me wrong, there were fish, but when you know what it’s suppose to be like, and it isn’t, a change in the game is nice. So, we went Snook fishing and caught a good number, throwing spinning rods with Z Man jigs. Z Man MinnowZ are such a great bait because you can literally catch dozens of fish with having to change you bait. And the Snook love them. The small Tarpon do too but we didn’t land any for a pic. We did land some nice Snook though.

Had a good day down in the Everglades National Park recently with Adam from Springfield,…