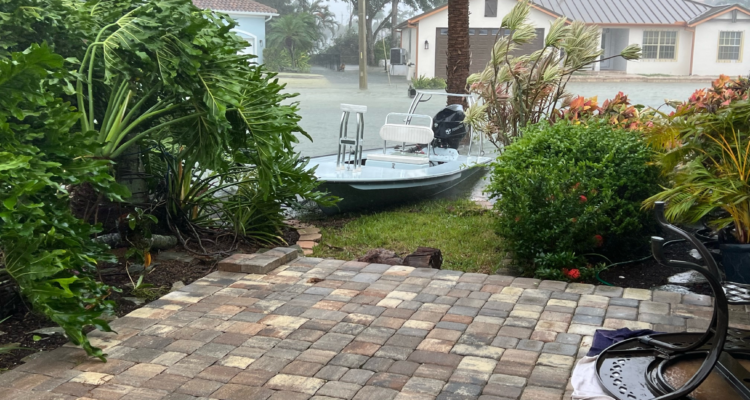 Last week Hurricane Ian came to town. Marco Island dodged a bullet, but the folks north of us, unfortunately, did not. I believe Marco suffered more from wind during Irma, in 2017, than this time, although there are some reports of near 100 mph gusts on the island. The culprit for most of the damage this time was the storm surge coupled with a very high tide.

We had 5” of water in our garage this time, where as with Irma, we did not. At one point during the storm, when we still had relatively good cell signal, my neighbor called me and said my boat was about to sink! He sent me a picture and I told my wife, I have to go try and save it… My truck and boat were parked two doors down in a driveway, where my truck was higher and the boat was lower. I had purposely left the drain plug out so it wouldn’t fill up with rainwater… well, that worked against me as the storm surge came it. I made it to the boat and put the plug in, the water was coming over the rear deck.

Somehow my bilge pump still worked, my battery was completely under water, and as I held the back of the boat up, the bilge pump caught up and pumped the water out of the boat. I unhooked the bow and jumped in it and drove the boat down the street, which had about 3-4’ of water over it, and ran it up into my front yard and tied it off to a palm tree. And about two hours later, I had to do all of that again in reverse as the water level started to fall, which it fell faster than it came in. So, all and all, we came through this pretty well.

I urge anyone reading this, and to anyone that they may want to share this with, go to FloridaDisasterFund.org to donate whatever you may want to. This is the State of Florida disaster assistance program, not some shady GoFundMe type of account that you can’t trust where the money is going. The people of Ft Myers Beach, Sanibel, Pine Island, Matlacha, Boca Grande, Captiva lost their entire homes. Many others that were inland from the beach, they suffered the flooding affects from the storm. They may not have lost their entire home but everything inside was ruined. Lots of people lost everything. Thanks!!!