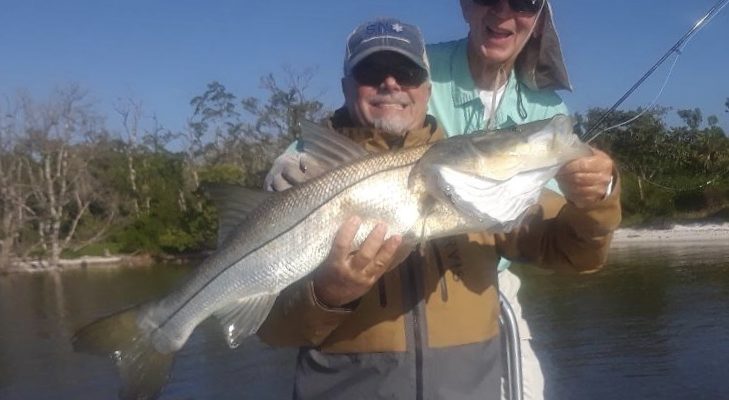 Had 80 year old Jack and his brother out this last week. I’ve fished these guys a number of times over the years with good trips, but this time was exceptional. At the first spot of the day, Jack landed about a 25” snook, which he was quite impressed with. About 10 minutes later, he lands this big girl. I estimated her to be about 36-37”, he said it was the 2nd biggest snook he had ever seen and the biggest he had ever landed. Jack’s brother Rich caught maybe a dozen Redfish throughout the day, which he was quite pleased with. 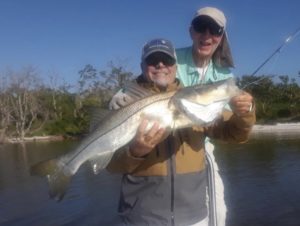 One heck of a week we just had. Richard H. from Maryland had two awesome…

It’s been a little while since I’ve posted, but that doesn’t mean it’s been slow.…